As we finished eating dinner tonight at home, I said to my husband: "What would we do without PriceSmart Potstickers?"

"They are consistently good," my husband agreed. To be fair, Candice Chrestman's Thai dipping sauce really made the meal.

I love Pricemart Potstickers because I don't like to cook. I'm not good at it. Having a meal that I cook come out well is statistically at chance. I throw the cooking dice and hope for the best.

Which is why I love restaurants. They do the cooking for me. I wish I could say that they all do it well, but here are some examples of some Boquete restaurant faux-pas (all restaurants are now out of business or under new ownership):

A restaurant charged me for the meal which I wouldn't eat even though I complained that meat sauce thrown over lasagna noodles was not lasagna. They said it was "bastante bien." Maybe. But it wasn't lasagna.

When I quietly pulled an owner over to let him know that my friend and I had both experienced food poisoning symptoms after eating at his restaurant, he yelled at me to "stay the f_ _k out of my restaurant." I did as requested.

A fairly large restaurant had no waiters or bartenders when my husband went to order a pizza to go. He ordered it directly from the chef who didn't know where everyone was.

If you've lived here for a while, I bet you have similar stories.

I don't have any funny horror stories to tell about Retro Gusto, a new restaurant in town down the street from the Catholic church. It has an open dining area which is spacious and chic in an understated way and a nice selection of appetizers, salads, pasta dishes, meats, and pizza.

I ordered the meat pizza and was pretty clear that I did not want chicken on it. It came with chicken. When I pointed it out to the waitress, she cheerfully returned it to the kitchen. My pizza (sans chicken) came back again with a light crust, a nicely seasoned sauce and tasty toppings. My husband had the pork chop, that although a bit overcooked, was "very flavorful." We then had the Nutella dessert pizza, which was delectable. A chewy crust with plenty of that sweet hazelnut filling. I could live on the Nutella's pizza alone.

Considering the quality and quantity (a lot) of the food, the prices were reasonable. The menu said that the prices were "promotional" so I hope that they are not raised in the near future. They're just right where they're at. Nothing kills a restaurant in Boquete faster than overpriced food.

Davide Care', the owner, stopped by to apologize for the mix-up on the order and to ask us how everything was, which is something that seldom happens in Boquete. He had previously opened a restaurant in Shanghai that was very successful, and I can see why, considering his attention to detail and concern about his customers.

Davide's vision is "creating the first Italian farm to table in Panama which is in synergy with all the amazing producers of region. What makes a restaurant successful is location, concept and soul...you need the last one to succeed."

And let's not forget consistency. In Boquete, owners practically need to live at their restaurants to insure consistency. Which, in addition to not being able to cook, is why I would never open a restaurant.

Let me raise my glass of wine to toast the new Retro Gusto. May it continue to serve great food at reasonable prices on a consistent basis. May it become one of those restaurants that you automatically think of as an option when you decide to go out and eat.

In the mean time, I have my home menu of either Potstickers, grilled chicken, or meat loaf.

I can make a mean meat loaf when the cooking dice are in my favor. 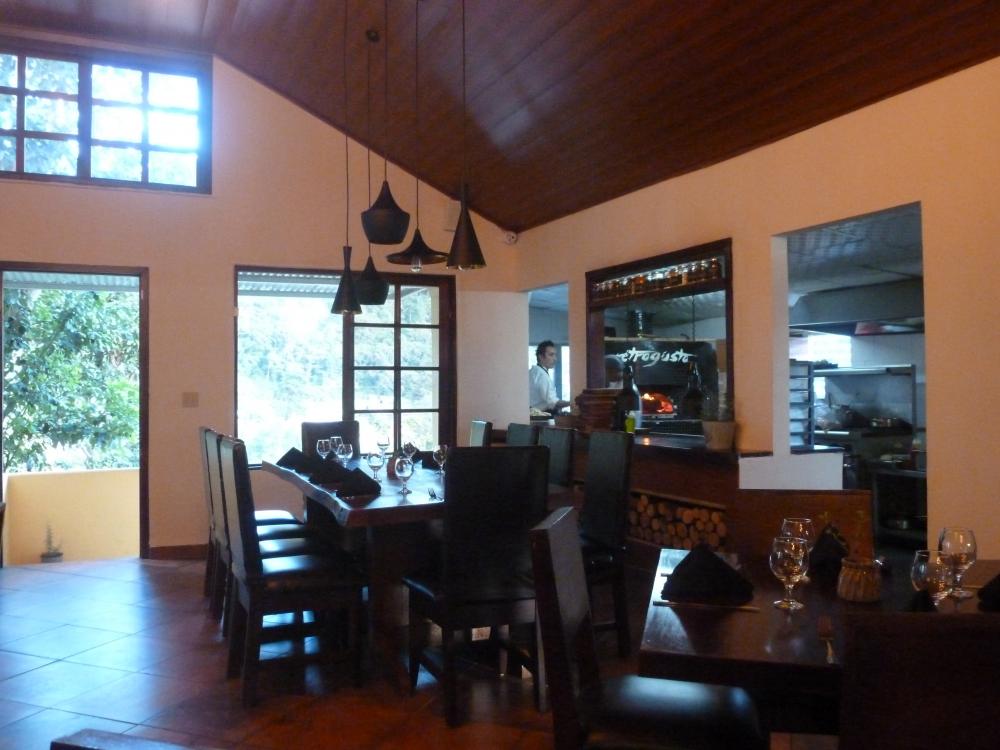