President Varela is returning from opening the new Panamanian Embassy in China with at least a dozen and a half economic agreements beneficial to business and agriculture.

Young adults from Panama are being hosted in China on cultural missions to prepare them for ?

Varela proposes Panama as a China’s platform in Latin America 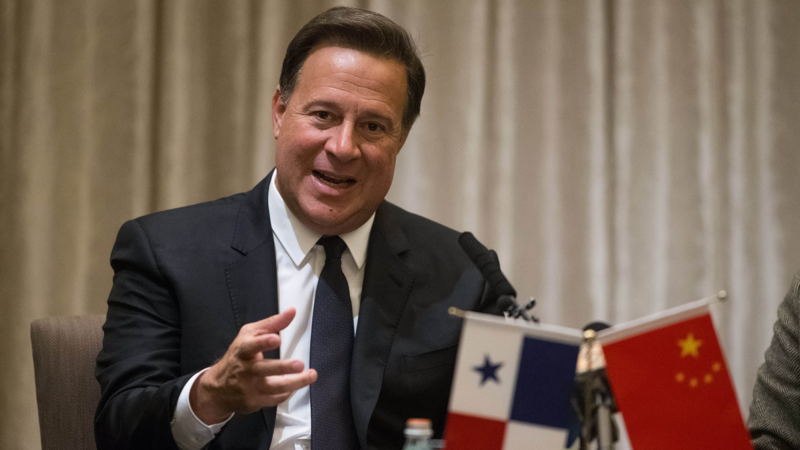 The country's central position in Latin America and the Caribbean, plus the Canal and the fact that Panama is a financial and logistical hub, with legal security and political stability, "will help us channel a lot of investment from China", Varela said at a press conference where he closed the Beijing stage of the first official visit by a Panamanian leader to the Asian country.

Varela went over the main achievements of this trip and noted his confidence that, despite Latin American countries are eager to attract Chinese investment and trade, Panama will attract a significant part of the Asian giant's economic activity in that region.

"There will certainly be a lot of (Chinese) investment in the region, but each country has to create favorable conditions" to attract it, he highlighted, and said that he hopes  not only to atract Chinese investment in his country, but also in other countries of the region with Panama as a base.

The Panamanian president also considered that the "strategic partnership" between his country and the United States "is fully compatible" with the "approach" to China and its use of the Panamanian platform to "increase its presence in Latin America".

Varela recalled that there are Chinese companies that are building a cruise port in Panama, including water projects and housing, or are established in the Colon Free Zone, with investments totaling 1,000 million dollars until the establishment of diplomatic relations in June.

Concerning transport, Varela highlighted the importance of the air "hub" of his country, with connections to almost 80 American cities, that will be reinforced when, starting in March 2018, Air China will beging the first Beijing-Panama direct flight with a technical stop in Houston (USA), which "will boost tourism between the two countries".

The president and his delegation also traveled to Shanghai by high-speed train to see first-hand the Chinese system, the largest in the world, and try to apply it to the project of a fast line of passengers and goods to neighboring Costa Rica, from where it could be then extended to the rest of Mesoamerica.

Varela said he has been invited to take part in the tourism fair to be held next May in Hangzhou (east), and highlighted that Panama is going to join the multi-destination strategy with tourist countries such as Costa Rica or Cuba to attract the growing number of Chinese visitors abroad.

Linked to tourism and the displacement of business executives is the issue of visas, and Varela recalled that very shortly before traveling to China his government approved the flexibility of formalities for Chinese citizens to obtain a visa quickly, "in 24 or 48 hours".

He explained that Panama has already presented "an important project" of Chinese funding in those connectivity projects in the region and also of the Panamanian territory with the Asian giant, within the New Silk Routes launched by the communist regime.

Panama thus closed its way through Beijing in the first visit of a president of this country to China after the establishment of diplomatic relations in June. Varela said that this process "is going to be a model to be followed by other countries" that still maintain relations with Taiwan.

In this sense, Varela said that the decision is "permanent" and "is not connected" to the evolution of economic exchanges.

In Shanghai, the Panamanian president will inaugurate the consulate, hold discussions to increase bilateral cooperation in maritime transport, participate in a business forum and hold the PanamaFest, a celebration to promote Chinese tourism in his country.