This week President Varela visited the Cobre Panama mine site. This is a mega-project with $5.5 billion worth of investment, as much or more as the Canal expansion. 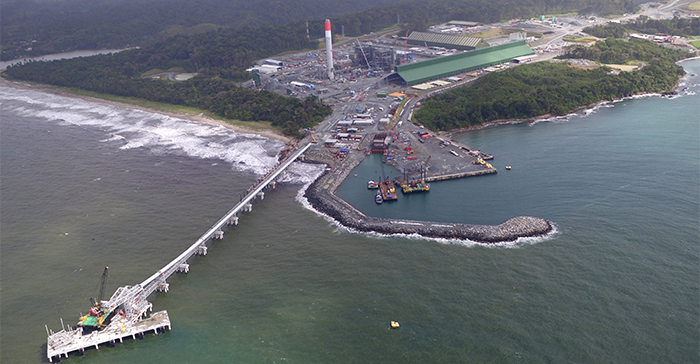 Many mining ventures around the world are run out of Canada and this one is no different. For a time there was a struggle for control of the property and the adjacent Molejon Gold site now belonging to the infamous Petaquilla Minerals.

First Quantum Minerals eventually separated from Petaquilla and succeeded in acquiring 80% of of the Cobre properties allowing them to proceed with funding and construction.

The area of the open pit mines is located about 20 kilometers inland from the Caribbean in Donoso, accessible by vehicle from Penonome, and of course, is under the gun from environmentalists. 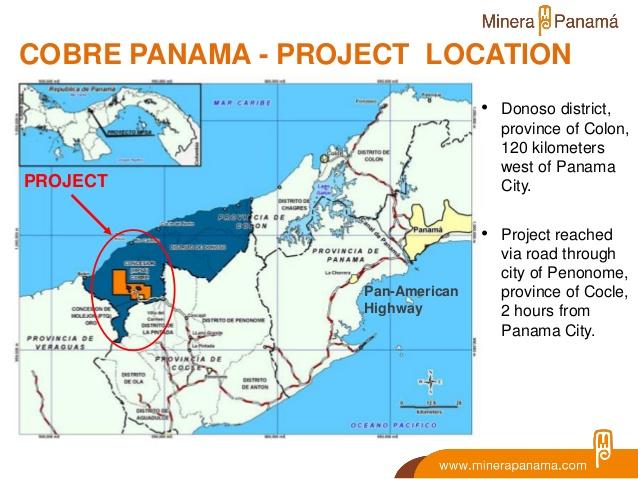 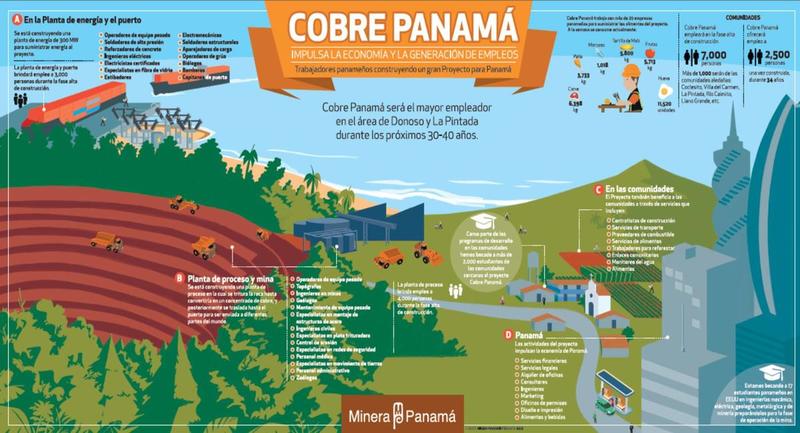 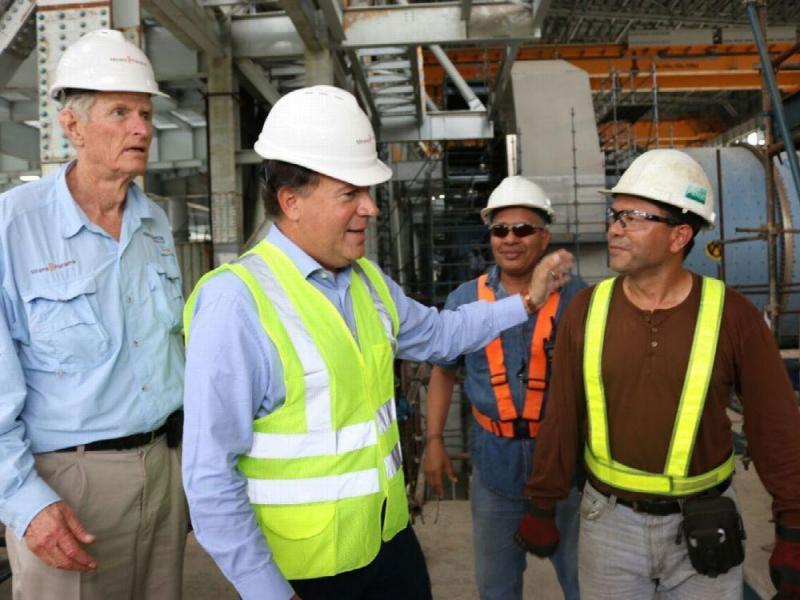 In January 2019 will be the first shipment of the copper mine in Panama, reported the president, Juan Carlos Varela, yesterday during a tour in which verified the progress in the construction of the plant.

The president said the activity generates currently 6.500 direct jobs and once operational, will become a major source of foreign exchange.

According to Varela, the revenue from the exploitation of the mine will be located just behind the Panama Canal and tourism.

The programming, he said, is that the first boat with mineral exports out of a port of Panama will be in the month of January 2019.

According to the president Varela, 'this project ceased to be a speculation to become a reality for the benefit of workers and the national economy'.

The project involves the export of 320.000 tonnes of copper, with the company's commitment to reforest 11.000 hectares of vegetation.

First Quantum Minerals maintains the 80% of the shares and Philip Pascal is the company that is responsible for the development of the project and for the construction of the plant that, according to the representative, rises with the priority of Panamanian workers. It is expected that already in office, in 2019, to generate more of B/. 2 billion in exports of copper, main mineral; in addition to the export of gold as secondary mineral.

This is a blurb from First Quantum's 'Cobre Panama' HR website.

Cobre Panama is a large open-pit copper development project in Panama. It is located 120 kilometres west of Panama City and 20 kilometres from the Caribbean Sea coast, in the district of Donoso, Colon province, in the Republic of Panama. The concession consists of four zones totalling 13,600 hectares.

The project involves three open pits with ore mined and processed by crushing, grinding, flotation recovery, and concentrate dewatering. It has a 30 year current mine life.

Copper concentrates will be delivered by slurry pipeline from the concentrator to the filter plant at a new port facility on the Caribbean coast. A road, buried pipelines and an overland power transmission line will link the port facility and process plant. The project also includes the construction of a 300 MW power generation plant at the port.

Once the project is fully operational, the mine can produce over 320,000 tonnes of copper a year. Our objective is to achieve the highest standards of operation, at the same time as meeting our production targets – something we’ll ensure by maintaining close engagement with all our stakeholders.

During the construction phase we estimate there will be over 7,000 jobs. Cobre Panama represents 16% of Panama’s construction sector over next 2-3 years and once in operations it will represent an estimate of $2B exports per year for 34+ years.