This article was published in La Estrella as we approach the 29th anniversary of the death of Arnulfo Arias.

Arnulfo Arias and his Controversial Legacy

Considered as one of the key figures in the history of political, social and economic life of the country, much about the ideas and personality of the leader and founder of the Panamenista political party remain unknown. 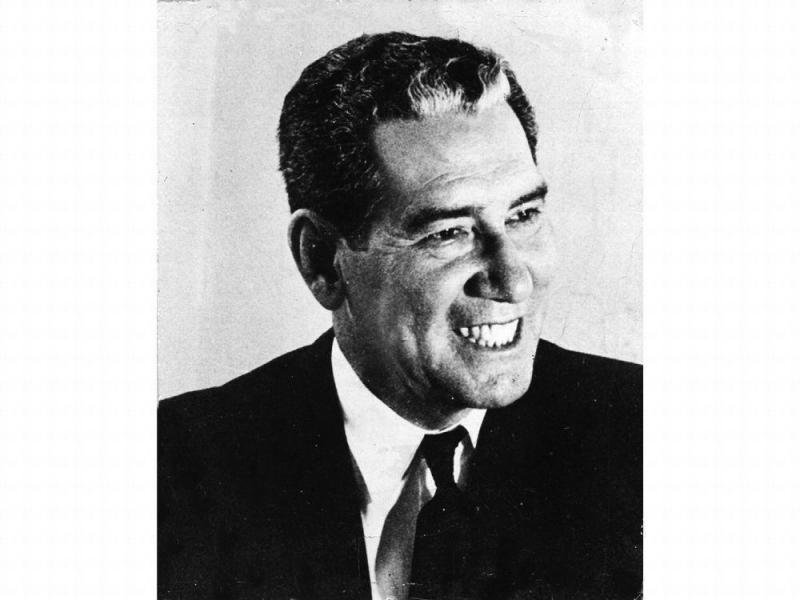 If there is a character whose political roots were populist, but who was not able to use that advantage to stay in presidential power, that is, without a doubt, Dr. Arnulfo Arias Madrid, one of the most important pieces of the historical, political, social, and economic life of the country; the Panameñista doctrine still prevails, despite the passage of time.

Beyond the political considerations which has obviously placed him within an exclusive circle among more well known Panamanians who may have had a greater impact they have had on the national life in all times, Arnulfo Arias Madrid is perhaps the longest established, most controversial character which Panama has had in the history of the country.

Arias Madrid is considered a 'icon' of the Panamanian democracy; born in the household made up by Antonio Arias and Carmen Madrid in the community of San Juan, in the district of Penonomé, Province of Coclé, grew up being part of the elite 'interiorana' in the beginning of the 20th century.

He studied medicine in the United States, specializing in psychiatry, obstetrics and endocrinology; his political life began as early as the year 1925, when he returned to Panama.

In 1936, he receives a notable influence of European political and social currents of the era, in his posting as Extraordinary Envoy and Plenipotentiary to the Governments of Germany, France, Sweden, Denmark and England.

Such closeness, mainly in Germany and France, fostered an extremely nationalist tone in his speech and political thought; ideas that had already been identified by the year 1934, when he was serving as the head of the Department of Health and Welfare.

Arias Madrid always expressed this thoughts openly. Such a stance made him win followers, but also a plural number of enemies in the political and social realms.

One of these positions was that of his open opposition to the United States in 1940, in his first presidential term.

He pondered the refinement of the Panamanian democracy, through what he termed 'Panameñista', introduced a new Constitution and maintained a fairly open support for the so-called 'Axis powers', with Germany and the position of Adolf Hitler as leader, along with the empire of Japan and Italy.  Of course, the United States saw danger in these positions.

However, there is a passage in the history of Dr. Arias that still today is a matter of analysis and disputes.

The first thing in this case is to define 'racism' as 'the ideology that defends the superiority of one race over the others'.

Mainly in his first presidential term, cut short by a coup d'état in October of 1941, Arias Madrid momentum in eleven months of government showed significant progress in economic, social, political and cultural life; of that management, survive the Social Insurance Fund and the Office of the Comptroller General of the Republic.

Why are we to explain that?

Because they were achievements of a primary management which did not forget for a time the racist bias of the accusing the leader Panameñista.

In August 1934, the third edition of the 'Health' Newsletter was published, the editorial note signed by Arias Madrid entitled: 'Eugenics, The Improvement of The Race', where his alleged defense of the Spanish language and made it's learning mandatory for foreigners, exhibiting a xenophobic bias.

The editorial mentioned appears in full in the electronic portal www.panamaviejaescuela.com. And since its introduction, the position of Arias Madrid on the matter.

In one of its paragraphs, Arias Madrid says: 'For this reason, we see with horror a black cloud of English being spoken in new neighborhoods of our city, and spreading all over the suburbs of Las Sabanas, Pueblo Nuevo, Rio Abajo…  This indicates that a large segment of our people feel the desire to take action against the degeneration of the race, or at least hinder as far as possible, the entry of parasitic races'.

The 'parasitic' races referred to by Arias Madrid were: 'Chinese, Japanese, Syrians, Turks, other Orientals, Dravidian and blacks from the Antilles and the Guyanas', which were identified in the Act 6A of 1928, according to the article.

The foregoing represents just short lines of this writing, unknown to a many Panamanians, mainly of younger generations, and that leaves the door open again to the controversy surrounding Dr. Arnulfo Arias Madrid.

During the second presidential term of Arias Madrid, there was the Decree Law 12, of 10 May 1950, considered the main stimulus to economic activities and industrial promotion.

However, there was little success in the development of his economic model in which priority was given to national production (important, but not realized) on imports and the dollarization of the economy, with an open economy, which finally took hold.

On the eve of the 29 anniversary of his death, have not yet been revealed all the mysteries around the figure of the former President Arnulfo Arias Madrid; one of them, his thought, and ideology, and if his theory of eugenics had influence in several of his major decisions as President.

In the 21st century, Arnulfo Arias Madrid continues to amaze the Panamanians, after his passage from earthly life in which his works and momentous achievements; also thoughts that were thought to be overcome, but that apparently are maintained as unknowns, such as that of what would have happened if your social and political model based on the eugenics would have managed to develop?

Even in our days, such a premise amazes and cause fear, at the same time.

A LOOK AT THE HISTORY

in this year 1951, Arias Madrid abolished the constitution of 1946 and restored that which was adopted during his first mandate, in 1941.

Just eleven days into his third and final presidential mandate, he was overthrown in a military coup on 11 October 1968.