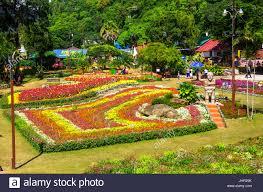 Some 200,000 visitors are expected at the 48th International Flower and Coffee Fair in the district of Boquete, Chiriqui province from  January 10 to  19.

The official inauguration  by President Laurentino Cortizo and will be on Friday, January 10,  but Marciacq Lloyd, president of the Board of Trustees, confirmed that the fair's doors open to the public, on Thursday, January 9, at 9:00 am

Marciacq said that the 25 gardens, with 35 varieties of flowers are ready, to offer a multicolored show. In addition, there are four vertical gardens and a replica of the ruins of Panama La Vieja in honor of the 500th anniversary of the founding of Panama City.