The name of this planned park is Parque Metropolitano de David (Metropolitan Park of David). Several of the postings in this topic refer to the acronym EL PADEMA. It is our understanding that the correct abbreviation is EL PAMEDA (note the reversal of the last two syllables). Further, "el" is the proper definite article in that it refers to "el parque", which is masculine. 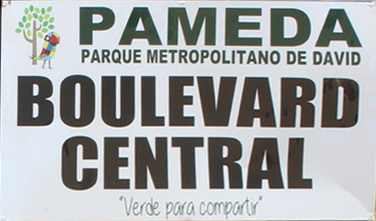