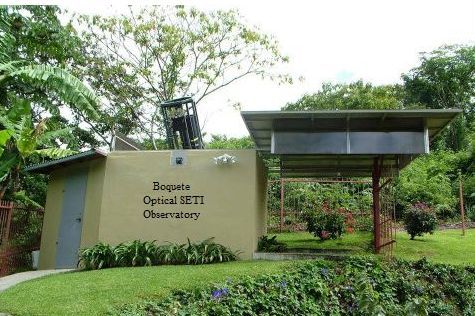 Tuesday, Feb. 21 – Boquete Optical SETI Observatory.Marlin (Ben) and Joan Schuetz retired in 1997 and subsequently cruised the Caribbean for nearly 10 years in their trawler. In 2006 they found and settled in Boquete. With a degree in physics, Ben’s career included engineering, physics and management, but he always maintained a lingering interest in astronomy. In 2008 he constructed the Boquete Optical SETI Observatory which has since been in a constant state of development. The observatory’s objective is to search for pulsed laser signals originating from worlds that may be deliberately targeting earth. Come and learn more about Ben’s search for ET.