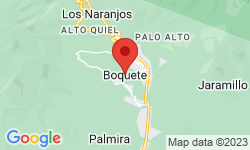 Art of the Didgeridoo

We are very excited to have Hubert and Willeke Pena talk about the art of the Didgeridoo.  Huber builds and plays them and Willeke does the painting on them.

They will talk about the origin of the didgeridoo in Australian aboriginal culture including its use in ceremonial gatherings as well as in recreation.  The meaning of certain dance, painting, and music motifs in the early aboriginal culture with a brief discussion of "Song lines".  They will discuss the method of traditional didgeridoo construction and how the modern didgeridoos have developed from that ie:types of materials used and the variety of decorations.

An explanation of the didgeridoo sound will be presented, as well as a short performance.

Don't miss this meeting. It promises to be exceptional and different.

Note: There will be an open board meeting at 2:15 all are welcome.