November 2nd of each year is a celebration called "All Souls Day" (English) or "Dia De Los Muertos" (Spanish). Below is an admittedly aged news article, but it provides an overview about this Latin country celebration. 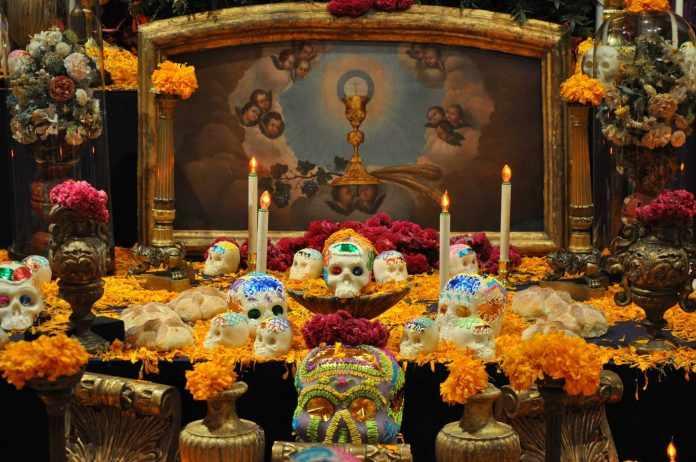 Dia de los Muertos (Day of the Dead), with its brightly colored sugar skulls, fantastic celebrations and elaborate altars, is truly a spectacle of grand proportions and definitely one for your Bucket List! This annual 3 day celebration of life and death is like nothing you’ve ever experienced, and has made an impression on so many people that it has become synonymous with Mexican culture and lore. Though the Dia de los Muertos holiday itself is traditionally Mexican, it is loosely based on the Catholic All Saints Day, and thus celebrated in different ways with different intensity throughout much of Latin America and beyond.

The arrival of the Spaniards (and Catholicism) to South America is what brought about the introduction of All Saint’s Day to their Pre-Hispanic cultures, many of which already had their own version of All Souls Day, and each country took a different spin on it from there. It’s clear that Mexico celebrates the loudest and the biggest, but in both Costa Rica and Panama for example the celebration is still widely recognized… just much more subdued, and it happens for just one special day: November 2nd. On this day families gather at the gravesites of deceased loved ones, decorating them brightly with the beautiful marigolds and other flowers, sugar skulls, photos, and mementos of the lost one’s life. They gather with reverence to commune once again with their dearly departed, and though the tone is a bit different, it’s still just as moving.

But only in Mexico is Dia de los Muertos the 3 day extravaganza that it is! It commences on October 31st and ends on November 2nd, and though it may sound morbid it is anything but! Instead it is a time to remember those who have passed on to the spirit realm, and to invite their souls back for an annual visit, like a family reunion of sorts. Families often create altars in their homes in addition to lavishly decorating the dearly departed grave sites with marigolds, sugar skulls, old portraits, favorite foods, drinks, and even a tall glass of water, should the spirit need hydrating after their long journey from the other side. They don elaborate Katrina costumes, paint their faces like sugar skulls and put on lavish parties with complete with stories, dancing, music, and relics from lost lives.

Aguascalientes: This wonderful town in central Mexico is host to Festival de las Calavaras (Festival of the Skulls), every year from October 28th to November 2nd. During this time the city’s fairgrounds come alive with booths filled with handicrafts, various edible treats, theater productions, concerts, and even a grand parade down the famous Avenida Madero. 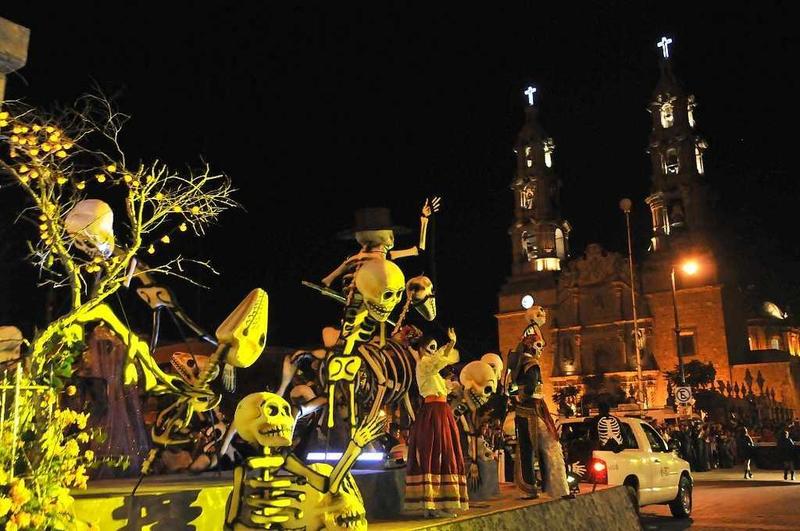 Chiapa de Corzo, Chiapas: Near to the state capital of Chiapas, this colonial town’s claim to Dia de los Muertos fame is its elaborately decorated cemetery, complete with live music! It’s an experience you’ll be talking about for years.

Janitzio and Patzcuaro, Michoacan: Janitzio is a small island in Patzcuaro Lake, located in the town of Patzcuaro. The Purepecha indigenous people call this island home, and have elaborate Day of the Dead rituals which include folk dancing and chanting through the night, gathered around their loved ones’ final resting places. After dark many local fishermen row out into the lake with torches to create a moving display of light and darkness.

Merida, Yucatan: In Merida the influence of the Mayan people is strong, and the celebrations are often referred to as “Hanal Pixan”, or Feast for the Souls. Here they prepare a special seasoned chicken tamale which they wrap in banana leaves and cook underground. It is believed that the spirits enjoy the essence of it, and the living enjoy the tamales themselves, allowing everyone to come together for one more meal together.

Mixquic, Mexico: This formerly rural village is now officially part of the sprawl of Mexico City, but it has gone to great lengths to maintain its indigenous roots, and that is very clear around Day of the Dead time. A carnival-like atmosphere permeates the town with booths set up everywhere and a procession complete with cardboard coffin which leads to the town cemetery where a candle light vigil takes place.

Oaxaca, Oaxaca: A visit to Oaxaca is a treat no matter what time of year you go, but during the Dia de los Muertos festivities you’ll find vigils in all the cemeteries, elaborate altars set up throughout town, lively parades, and even sand tapestry competitions in which participants create “3D paintings” out of sand.

Puerto Vallarta: This dreamy seaside resort town is home to the famous Los Muertos Beach, so it’s almost a requirement that they put on a stellar party for this occasion! Three full days of celebrations take place throughout the entire city, some with more of a party-like feel, full of revelry, while others are more quiet and somber. No matter what you’re looking for, you’re bound to find something to suit your mood. 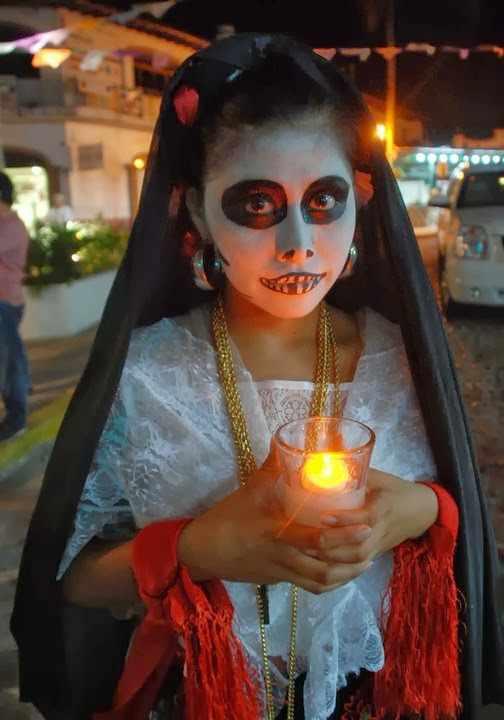 Riviera Maya: Steeped in the centuries-old traditions of the Mayan people, the Riviera Maya is as beautiful as it is fun, and Xcaret Theme Park offers “Festival de la Vida y la Muerte” (Festival of Life and Death) for your celebrating pleasure. From October 30th to November 2nd you can find dance and theater, concerts, special tours and parades, and even take part in sacred rituals. 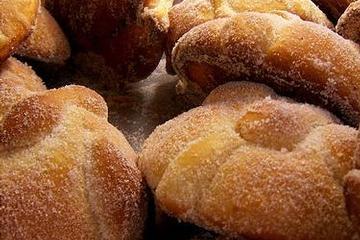 Dia de los Muertos in Panama, you will find no such lavish public parties take place because they are gearing up for Fiesta Patrias, beginning with an Independence Day celebration on November 3rd. So you’ll definitely be getting your cultural immersion, just hang tight one more day!