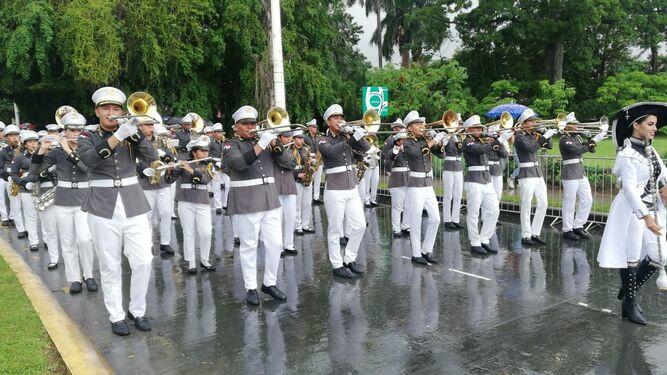 The national independence parades on  November 3 and 4, will return to Calle 50  and Via Espana this year say authorities of the  Ministry of the Presidency and the Ministry of Education.

The activities will start at 9:00 am

Route 1 on Calle 50 will start from Credicorp Bank and end at the junction with Aquilino De La Guardia Street. The presidential platform will be in the parking lot of Novey, the  former Danté. Mansion.

Route 2, Via Espana , will begin at the Ministry of Economy and Finance, in front of La Cresta and will end at the Caja de Ahorros head office.

The Minister of Education, Maruja Gorday de Villalobos said that the schools will parade first, and the security marchers at the end following the request of parents so that the students finish their participation early.

The National Parade Commission said  that the traditional ceremonies  will be held from 5:00 am to 6:00 am in the Presidency

The decision to change of route was taken because of the breadth of the roads, the proximity to parking lots and the stations of the Panama Metro.

In recent years, the parades were held on the Cinta Costera and in  Casco Viejo (Presidency) and security units paraded first.