Events of the week 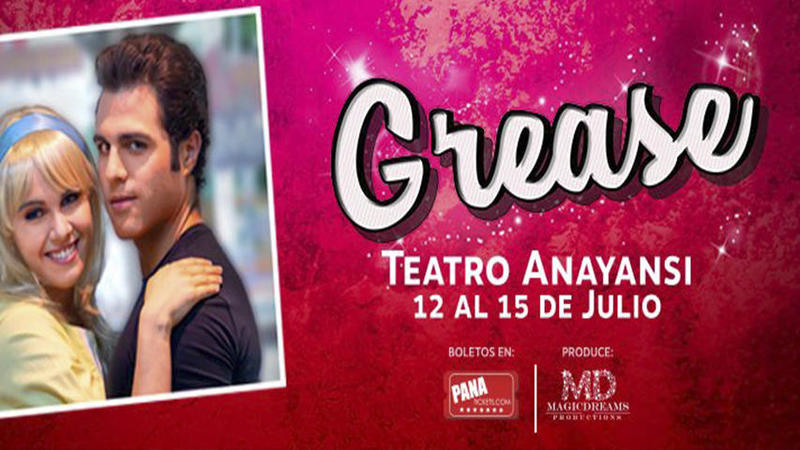 From July 12 to 15, the Anayansi Theater will have the staging of the renowned musical "Grease". Panamanian artists will perform the representation of the movie that became famous in the cinema in the 70s with Olivia Newton John and John Travolta.

This Saturday, Panamanian national artists join in the tour "4 hermanos", Sammy and Sandra Sandoval together with the Gaitanes will delight the public with the music they will perform at the Riu Hotel in the Panamanian capital from 8:00 pm. On July 7 and 8, the best of comics, videogames and Japanese animation will arrive in Panama, in Atlapa. The best of international ballet will arrive in Panama on July 7 at the Anayansi Theater in Atlapa. Great artists of this genre in the world will perform Romero and Juliete, Giselle, the Swan Lake, Don Quixote, Bayadere, Le Corsaire, among others. This July 7, magic also takes on Panama with the show "Alucinante, no creerás lo que verás", which will feature illusionists Gernán and Hussein.

On Saturday, July 14, the salsa invades the Panamanian capital with the performance of international artists of this musical genre. The Hotel El Panama will have the Second Salsa Festival with Tito Rojas, David Pavón, Rey Ruiz, Tony Vega and Mickey Taveras. On July 11, Venezuelan comedian Emilio Lovera will offer a stand-up comedy at the Balboa Theater.