Presidents of Panama and Chile will welcome vessels at naval parade 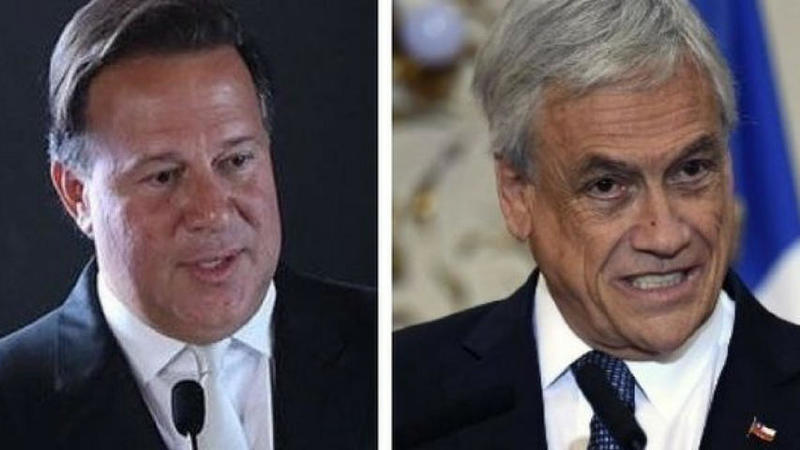 The presidents of Panama, Juan Carlos Varela, and Chile, Sebastián Piñera, will lead the welcoming ceremony of the eight naval training vessels in a port of the Panamanian capital on July 7 as part of the 2018 Velas Latinoamérica naval stop, an official source reported today.

The Panamanian Ministry of Public Security indicated that in addition to Varela and Piñera, representatives of the navies of Chile, Argentina, Brazil, Mexico, Peru, Colombia, Ecuador and Venezuela will be in the official ceremony as participants in this continental event.

"Panama will receive the fleet of these sailboats from July 7 to 10 of this year, a total of eight naval training vessels of the Latin American countries, where over 1,711 crew members are expected to arrive to strengthen their friendship ties with this meeting ", indicated the official information.

The Panamanian Ministry of Security reiterated that on Sunday July 8 a naval parade will take place on the promenade of the capital, known as the Coastaal Strip (“Cinta Costera”), in which part of the crews of the naval training vessels will participate.

The ships that will arrive at the Port of Balboa on July 7 are the "Emerald" of Chile; the "Freedom" of Argentina; the "White Swan" of Brazil; the "Cuauhtémoc" of Mexico; the "Union" of Peru; the "Glory" of Colombia; the "Guayas" of Ecuador; and the "Simon Bolivar" of Venezuela.

The representative of Panama at the event, Orley Jiménez, told EFE last April that the arrival of the ships to Panama will be "a party", with a program of activities that include: public visits of the boats, the parade in “Cinta Costera”, and artistic presentations and other attractions in the Port of Balboa, where the ships will dock.

Velas Latinoamérica 2018, an event organized by the Chilean Navy that began in the port of Rio de Janeiro, will conclude its journey next September in Veracruz (Mexico).